Training for students and journalists “How do we recognize fake information?”

Media Literacy in Bulgaria: A Meeting of Experience and Expertise at All Levels

Teenage competition for videos and texts “Don’t fake with me!” 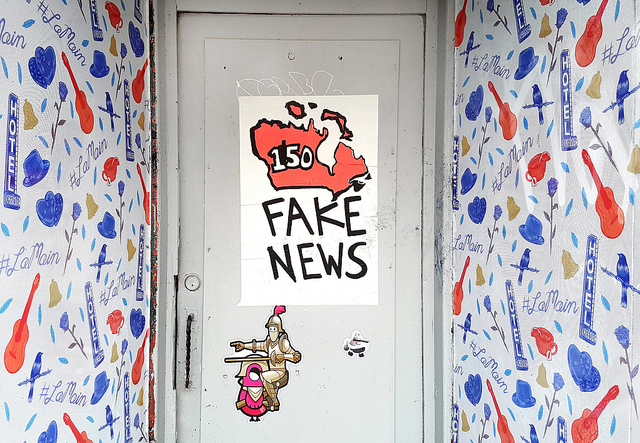 Photo by Gone Coastal, under CC

Fake news isn’t a phenomenon from yesterday, they have emerged along with the ability of people to communicate information to one another. Sometimes, for personal interest, out of fear and even for joke, lies start their life from mouth to mouth, from news of news, from post to post, from tweets to tweets. Until it goes out on the streets! How can the fake news affect the world around us, our decisions, our emotions?

“Don’t fake with me” is a teenage video and text contest that explain fake news and what its consequences can be.

Look for information about cases where fake news have been distributed as real and observe what the consequences were. Make a video with duration between 5 and 10 minutes. You can present one case like the aforementioned or maybe make your rating of 5 fake news that impressed you. Tell us in your opinion why you think the li has spread and how it has been revealed. You may even reveal fake news and provide proof!

The creators of the first three best videos  or texts will receive:

With the support of:

Highlights from the 2021 National Conference “Media Literacy against Disinformation”